May 11, 2017Miles TorresCasinoComments Off on 4 Fantastic Ways to Improve Your Winning Odds in Texas Hold’em PokerLike

Do you think poker is a game of luck or a game of skills? It’s safe to save poker requires an equal blend of Lady Luck and years of experience to master the art of playing the game at its best. Texas Hold’em is one game to reward good players with a bit of luck on your side, however, it’s the game never ceases to amaze good players most of the time.

Here’s a list of tips to improve your odds of winning in Texas Hold’em poker:

Most professional poker players suggest that “on the button” is the ideal position to be in Texas Hold ‘Em. You’ll be the last one to act when you’re on the button – after the flop, turn, and river. Furthermore, there are more chances for you to have complete knowledge of other players bet and make an informed decision of your bets.

The last place you might end up in Texas Hold’em is the small blind, which is often referred as the worst position. You’re the first person to act after the flop, turn, and river, on the flip side, you can use this to edge out competition by playing aggressively. It would be ideal to act last when you play Texas Hold’em poker at a casino or online in websites, like poker 99 or other major poker sites.

Sometimes people get caught up in their hand and tend to lose sight of other players on the table. It’s recommended that you have a rough idea of their chips, what cards they might possibly have, and other vital information. Players who have played the game long enough tend to play tight games, while some bluff to influence your decisions.

Watching other players and their behaviors helps you learn and gradually play the game better than you did earlier. If you find someone not to bet more than a bare minimum and suddenly comes up with huge bets, there might be something solid for that player to do so. You must be cautious not to bet out of frustration which is a clear indication for you to fold early.

If you’re a beginner you might find it difficult to fold a hand after the flop, especially, when you think you have invested a lot into the pot to let go off. Most beginners lose a lot of chips when they’re not ready to fold after the flop, don’t make the same mistake every budding poker player does. Oftentimes, even when you start with a great hand a flop can kill you when it’s not on your side. 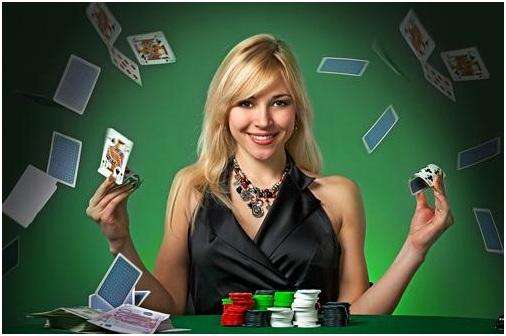 You might be a big underdog when the flop doesn’t improve your hand. It’s recommended that you think hard about getting out when you don’t possess a big pair after the flop. However, you might have to get out after the flop even when you think it has gone your way, which makes the game more unpredictable.

The turn and river play a crucial role in Texas Hold’em which can make the difference between winning and losing a game. It’s suggested that you try all means possible to get the river with a less price if possible when you’re holding a draw after the turn. When you’re sure to have the best possible hand after the turn it would be ideal to make the river as expensive as possible for your opponent.

You might have to deal with the full house when the community card includes a pair. It’s a given that you have little or no chance to improve your hand after the river. It will be ideal choice to influence your decision to check, bet, or fold considering the value of your cards. However, it’s unwise to bluff in this situation when your opponent has a better hand.

The learning is never ending with Texas Hold’em poker

Texas Hold‘em is a simple game which requires a few minutes and logical ability to learn, mastering it might take a bit longer than learning it. The aforementioned tips to improve your hand at Texas Hold’em poker is not the ultimate guide or foolproof tricks, it might come in handy in the infancy stage of the game.

You might be good at the game once you have learned the fine nuances with years of experience in it. It’s suggested that you play the game like any others game you find in poker 99, you must focus on learning the game in the initial stage rather than trying to win big.