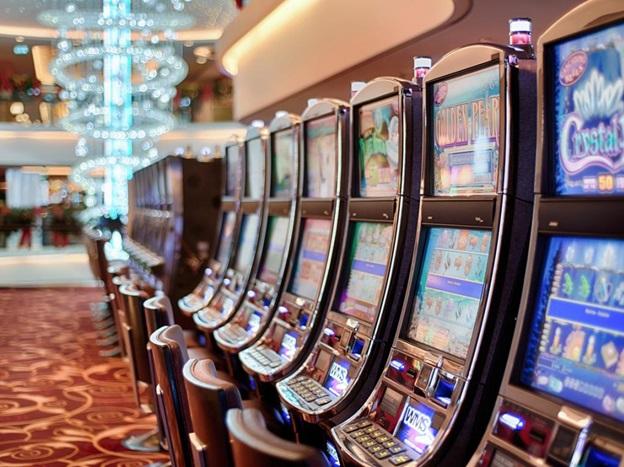 In the last few decades, the international casino and gambling industry expanded and reached its peak. According to the American Gaming Association. You can check this link to visit their official website), only in the USA, you can find approximately thousand tribal and commercial casinos.

At the same time, the advocates of legislation state that expanding this particular industry is highly beneficial for the economy that surrounds us.

Even though it comes with addictive potential and the ability to cause compulsive issues, it is a much better solution to regulate the industry than to leave it to the criminal underworld to control it.

Therefore, the question we wish to ask is whether legislation can lead to a prosperous economy and what will happen with it as time goes by.

The main argument that gambling promoters use is the ability to improve the overall economic situation by allowing casinos to work because it creates more jobs, tax revenues, and increase average wages in general.

On the other hand, the opponents state that social costs are much higher because promoting this particular industry is like pushing people into addictiveness and compulsive behaviors. However, both sides are right at some points and wrong at others.

It is vital to remember that the economic benefits of casinos urged comprehensive studies and researches that tend to prove this particular thesis. By using a wide array of factors, the results of the research showed that areas with casinos have higher employment rates than those without.

At the same time, wages are also higher in areas with legalized casinos. At the same time, you can find numerous shreds of evidence online that will help you understand the positive impact that gambling has on economic growth, but the consistency is not proven over time.

If we are using political factors and benefits, one of the biggest ones is higher tax revenues that come with legalizing gambling. In all states that feature legal gambling abilities, this industry is approximately five percent of an entire tax receipt, which seems that it is not efficient enough.

However, creating casino taxes allow for politicians to avoid tax increases and spending cuts, which is another benefit for the area with legal gambling.

For instance, in Massachusetts, one of the biggest reasons why they wanted to legalize casinos is due to the idea that their residents are going to Rhode Island and Connecticut to gamble and leave massive piles of cash along the way.

The same way South Koreans have harsh consequences if they gamble in their own countries (카지노사이트 추천), which is why they choose neighbor countries and leave millions of dollars on annual basis.

By creating home casinos, this particular state would keep hundreds of millions in revenues, which means additional tax revenue for the country.

What About Its Addictiveness?

According to statistics, almost one percent of the population has a problem gambling. These people can develop additional issues including financial problems, reduced employment productivity, bankruptcies and bad debts, committing crimes to get money for it, and causing social devastation by lying to family and friends about it.

However, reality tells us something else because the popularity and legislation of gambling will not cause a significant increase in compulsive gambling.

According to research, when casinos expand in some areas, the problem-gambling rate tends to increase during the first moments slightly, but the price falls over time.

By implementing proper education that will help people understand the risks of it and creating guides that will allow people to learn how to do it without entering the compulsive behavior is a better way to affect this issue than to ban casinos and gambling altogether.

Another important consideration is that more than 70% of compulsive gamblers have other issues, including alcohol or drug abuse history. Therefore, it is challenging to state that casinos are responsible for this particular problem.

According to scientific literature, the best way to fight this problem is not by killing a cause, but by educating people and creating programs that will help addicts handle their forms.

When it comes to critics, they have another argument implicating that establishing casinos can lead to industry cannibalization, or it will harm other industries in general.

However, that is not the case because we live in a world with an open market in which each existing business will have to compete with others and that is the way things work.

Of course, we can easily sympathize with companies that already exist, especially if they are a local business, which is only on the market. However, diversifying the economy and industry is the best way to provide an additional set of opportunities to consumers and residents.

In case they do not love gambling, they will not go there, and that should not affect its existence. On the other hand, the casinos may create an impact on lotteries, which is another claim and argument against it.

Understand the definition of industry cannibalization by reading this article: https://www.investopedia.com/terms/m/marketcannibilization.asp.

However, studies conducted across the USA contradict this fact because in Maryland, for instance, the establishment of casinos caused a 3% decrease in lottery sales, which is an insufficient impact when compared with revenue that came with it.

Therefore, this particular argument is invalid because the revenue made from casinos will ultimately surpass these three percent, and lead to more substantial income for both state and residents.

We live in a world of information in which we are completely against any form of censorship both online and in reality. Therefore, when we compare the countries, nations and states that legalized the casino industry with the ones that did not, we can see the economic impact.

It is understandable that creating this industry will affect the surroundings by increasing the number of jobs, as well as tourism, which will lead to more hotels, restaurants, shops and ultimately more money circulating.

Even though it comes with potential risks, the reality taught us that being closed to change and creating harsh punishments for illegal gambling will not reduce the number of people doing it.

It is much better for locals to regulate the industry than to leave it in the hands of the criminal underworld, which is the only viable alternative in areas that have harsh punishments.

By taking this monopoly from the criminal world, nations will be able to control the industry and assess the damage caused by it in the long run.

Previous PostWhat kind of bonuses do online gaming sites provide to their clients? Next PostThe Smart Choices You need to be Aware Of