Where are all the men?

Jul 06, 2018Daniel RichardsonCasinoComments Off on Where are all the men?Like

Online bingo has been one of the favorite pastimes for years now. This game, which is essentially a replica of the classic bingo game has attracted a wide demographic. But are the people who play bingo now same as the ones who played this game in the bingo halls of our childhood?

If that was the case, we’d find older adults playing free online bingo with no deposit among each other. But as it can be seen from the numerous surveys and studies conducted, the stereotype fails here. 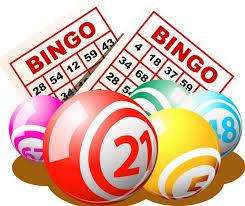 Bingo is a game for everyone now, and with increasing innovation and education, the majority of them are middle aged, college educated women.

30% of the bingo playing demographic holds a university degree and 50% of the total women who play the game online have children.

So why do women form the majority of the online bingo audience? The answer seems to be the chat feature in the online bingo rooms. The chatrooms are moderated by a chat host or a chat moderator who often engages players in interesting conversations and chat games where they can win big bonuses and rewards. This attractive feature, combined with the ability to socialize with their bingo buddies from the comfort of their homes heightens people’s interest in this game.

The bingo bonuses and promotions along with the very entertaining jackpot games and charity game nights help players feel like they are a part of something big and interesting, which they indeed are!

But has online bingo become feminized to cater to the demands of the growing female audience? Though some bingo sites have adopted to more women oriented color themes and game design, several others remain neutral so that no one in the audience feels excluded.