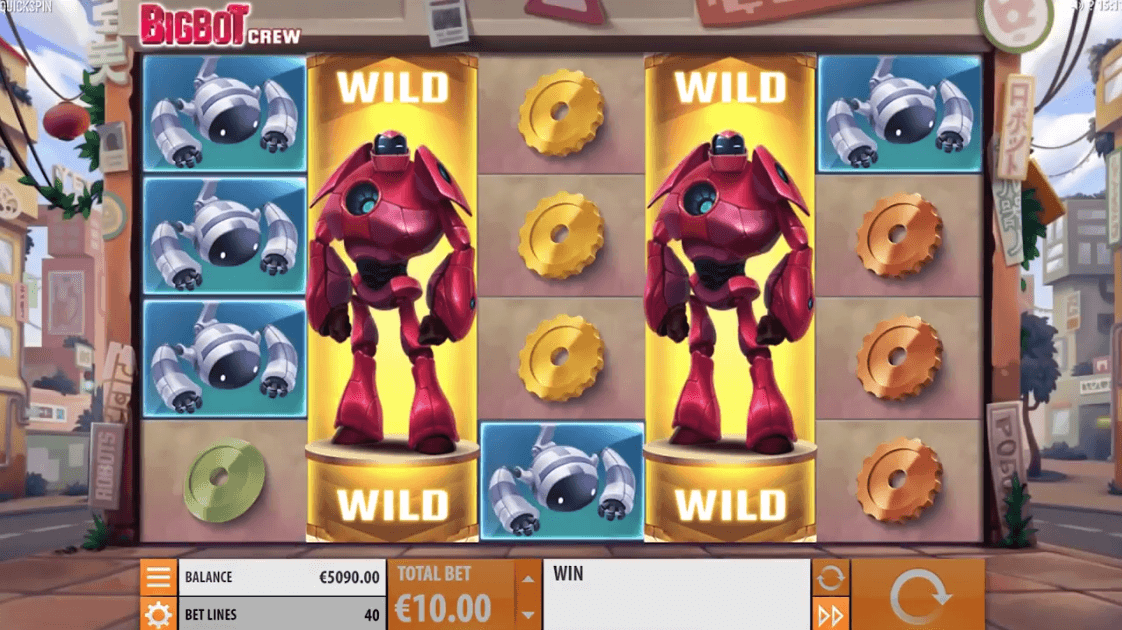 In July 2019 the new so-called “Wildz” casino went online. Rumors had been circulating within the industry some time in advance, especially because the company “Rootz Ltd” behind it had been known as a software developer for some time. The company has used the time since 2017 to develop its own online casino. The motto of the Casino is simply “get more” and of course this suggests that the casino had a lot to offer from the start. And it seems that the operators have managed to convince the players that there is more to be won at Wildz Casino, because the rapidly increasing number of players was absolutely disproportionate compared to the marketing efforts of the company. We took a closer look at the casino and its development and will tell you in this article what it is all about and whether it is worth playing at Wildz Casino.

Market launch of the Wildz Casino on the 7th July 2019

On July 7th the time had finally come and the website went online and without any problems. However, the first players were not long in coming, because the casino had previously advertised the big welcome offers on relevant platforms. Of course, no serious casino player wanted to miss this and so the Wildz Casino awarded 1 million free spins in the first week alone. Without spending much money on marketing, the number of gamers has risen continuously since then, which is particularly due to the strong word-of-mouth propaganda. Because who would want to miss out on these great welcome offers?

Due to the successful market launch, the software provider Evolution Gaming signed a license agreement with the casino on July 18, thereby approving the integration of the fabulous live casino developed in-house, which is considered the best quality in the industry. The Wildz Casino was able to get another big fish on the boat and position itself competitively for the future.

December 2019 at the Wildz Casino

By the beginning of the Christmas season, Wildz Casino had already given out 10 million free spins and was thus evidence of exponential growth. If you look at the market launch of some other online casino, you will quickly notice that Wildz Casino did really great. This development was crowned by the introduction of an exclusive blackjack table at Evolution Gaming.

In Advent, the casino then started another big bonus round and gave free spins, deposit bonuses, bonus levels for the loyalty program and much more every day. In total, 8 million free spins were awarded in Advent alone, which resulted in a couple of big wins. The bonus program worked like a kind of personal Advent calendar, with a different bonus waiting for the player every day.

When the year came to an end and the final figures were in front of them, the employees of the Wildz Casino were able to officially confirm what had been anticipated for a long time: The market launch of the online casino was a complete success and one partly had one’s own expectations far exceeded. As a result, the company announced plans to expand its offerings even further in the coming year and revealed at its website, that there is even a kind of “Wildz 2.0” under development. What exactly it is about, is not yet known, but certainly something good for the players and a reason for concern at old-established online casinos like MrGreen.

All in all, we are very impressed with how the online casino Wildz has prevailed on the market. Due to the valid gaming license from the MGA and the thousands of positive reviews from the players and casino comparison sites, we definitely consider the casino worth a visit. With the generous bonus offers, you can also quickly make a good profit, which you are sure to take home with you. The biggest published win at Wildz Casino in 2019 was a whopping 31 million euros that a player could make with a tiny bet of just € 40. He made this big win with a 78-fold multiplier on the Phoenix Fire Power Reels game. If you ever dare, we wish you luck and success and don’t miss the gigantic bonuses that will surely be available for the introduction of Wildz 2.0.